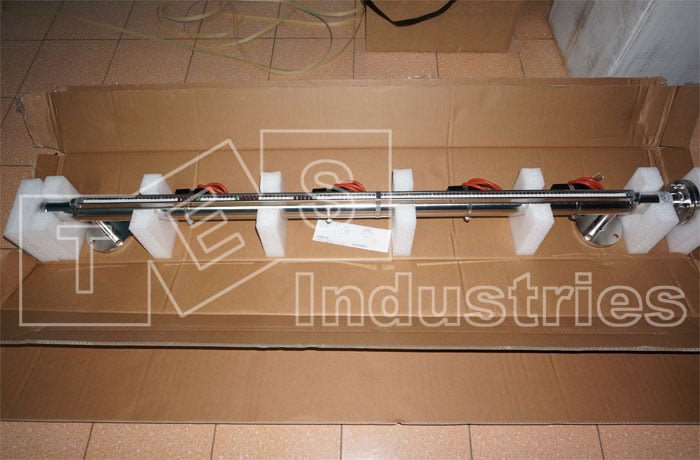 The EF/MEF Series is a Finetek water pipe level sensor, known as a kind of float level sensor, which is equipped with an on-site display line. There is also the option of a position-based level alarm switch or a continuous fluid level measurement output. The sensor structure consists of a water pipe mounted on the tank with the same length as the level in the tank to be measured, in the water pipe is placed a float from, this float will move in the float according to the liquid ink in the tank and make the in touch lines directive so that it can be observed directly , the level switch according to the position or continuous level output also touches according to this buoy. The EF series is the standard version, in addition to the compact version, the MEF. This line of sensors measures the level of glass pipes that are safer and more features than classic glass tubes and gradually replace the types of glass tubes that are on the market.